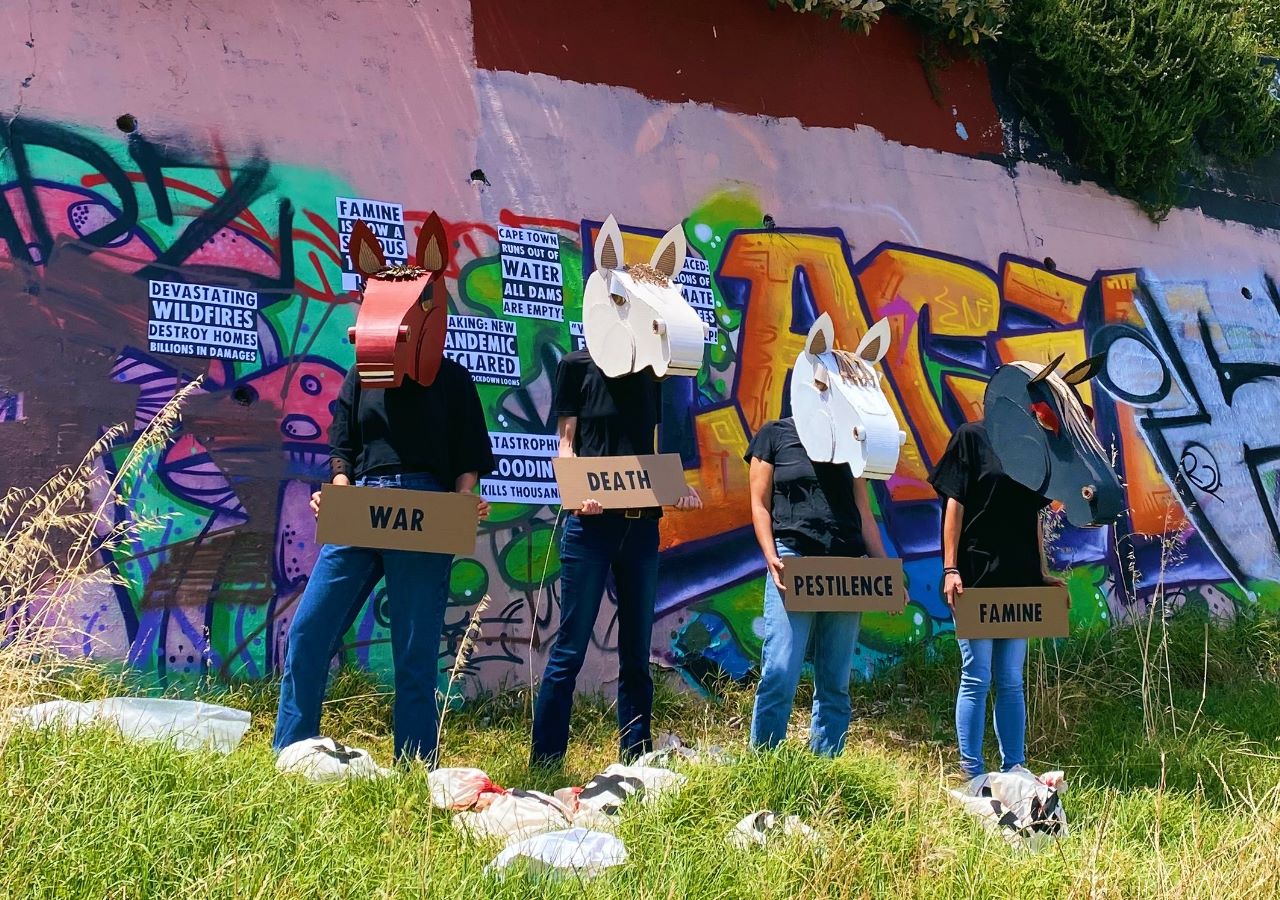 On 14th November 2022 the last official day of COP27, a new Extinction Rebellion “troupe” was lanched: The Four Horse-Men of the Climate Apocalypse. It won’t be a performance, but a chance for us to generate some content for social media.

AS COP27 draws to a close, we acknowledge with great sadness and disappointment that it has mostly been a failure. What started our as a conference of people who wanted to save the planet, has now turned into an expo for fossil fuel companies.

And meanwhile, the clock is ticking, as Antonio Guterres said at the beginning of COP27. Every day we edge closer to irreversible planetary tipping points, and total climate catastrophe. We are facing destruction of biblical proportions: fires, floods, famine, pandemics, climate hell on earth…

Much of the world is already seeing these effects of climate breakdown on a daily basis, with the most affected people being the ones who contributed the least to the climate crisis. We are living through the sixth mass extinction — species are disappearing at an unprecedented rate. Biodiversity loss and ecological destruction is as serious an issue as the climate crisis.

We need change and we need it fast. We simply cannot put any more carbon into the atmosphere. We cannot have infinite growth on a finite planet. Overconsumption by rich nations and the elites is killing us all. Fossil fuel companies are making obscene amounts of money while the world burns.

There is a small window of opportunity to still avert the worst of the climate and ecological crisis. Every fraction of a degree of warming will save lives and lessen suffering. There are countless scientists and other experts who can tell us exactly what needs to be done. Yet, the political will is lacking, and the fossil fuel lobbyists are legion. There are already many organisations and activists working tirelessly to “save the planet”. So often, these activists are persecuted, jailed or killed for standing up for what they believe in. To have any chance of a liveable future, we will all need to become climate activists.

Extinction Rebellion Cape Town is calling on our president to TELL THE TRUTH, by declaring a climate and ecological emergency. Many people in South Africa are completely unaware of the crisis we are facing. We need our leaders and the media to talk about this all the time. This is the fight of our lives! We will need everyone and all parts of society to be a part of the solution. We are also calling on our government to move away from fossil fuels immediately and for a just transition to renewable energy.