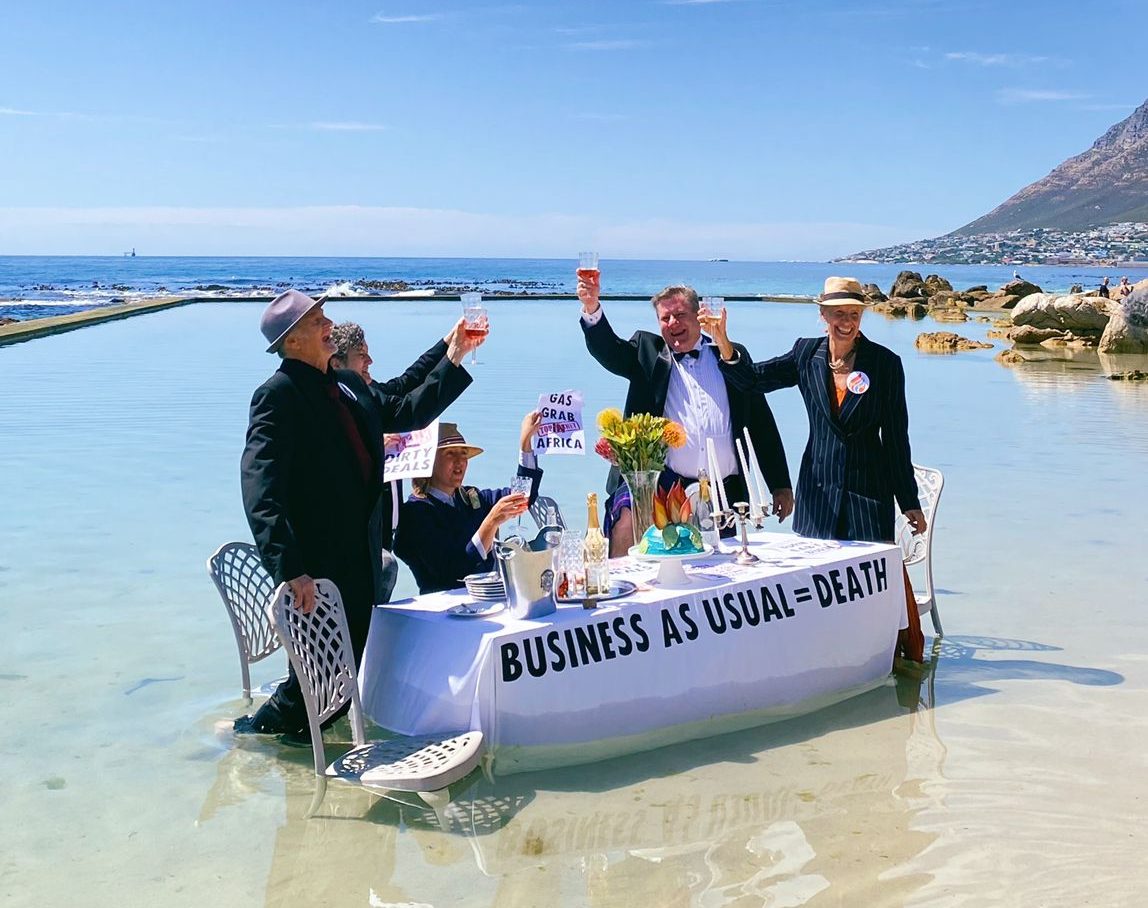 On 14 November 2022, the COP27 “Water Day”, Extinction Rebellion staged a short piece of street theatre to highlight the fact that Fossil Fuel “Business as Usual” is leading to climate disasters, such as SEA LEVEL RISE (which is on the COP27 agenda for Water Day).

The theme for today’s action is a reference to the fact that a wealthy minority of the world’s countries and corporations are the principal cause of the climate and ecological crisis while its adverse effects fall first and foremost on the poor who have done least to contribute to the crisis. These corporations and governments do not care that the world is already facing climate disasters, such as sea level rise which is swallowing island states and submerging coastal cities around the world, as long as they can continue making obscene amounts of profit.

The science is clear: we need to stop burning fossil fuels immediately and move to clean, renewable energy, or face even more catastrophic climate breakdown. Yet, the political will to ensure that this happens is lacking, and fossil fuel lobbyists are flooding COP27 yet again to make sure that their interests (and profits) are protected.

Extinction Rebellion Cape Town is calling on our president to TELL THE TRUTH, by immediately declaring a climate and ecological emergency. The “climate literacy” in South Africa very low, with most people being completely unaware of what we will be facing. South Africa is heating at more than twice the average global rate. By calling it what it is — AN EMERGENCY — all South Africans will be made aware of the immense scale of the challenge we are facing, and will be able to act together with purpose to ensure a liveable future for all.

Extinction Rebellion Cape Town is also calling on our government, and the governments of the world, to move away from fossil fuels immediately, and to rapidly transition to renewable energy, which is now cheaper, cleaner, safer and more people-centred than fossil fuels. There is still hope to avert the worst of the climate catastrophe, but we need to ACT NOW, and with haste, as if our lives depend on it. Because it does.