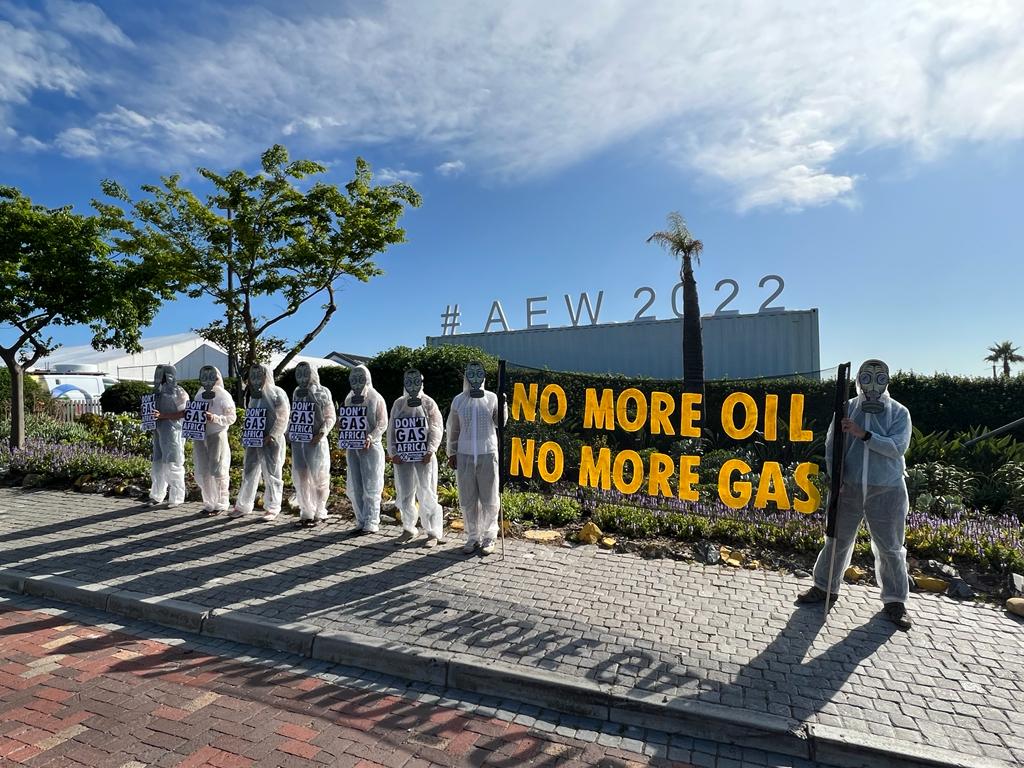 Extinction Rebellion (XR) is a global network and believes it is a citizen’s duty to rebel using peaceful civil disobedience when faced with criminal inactivity by its Government. The Rebellion centres on demands for Government to tell the truth about our dire situation and to act accordingly, including to decarbonise our economy by 2025, in a mobilisation of war time like proportion.
We declare a non-violent rebellion on behalf of life itself and against our criminally negligent government. Our government’s abject failure to protect citizens and the next generations from unimaginable suffering brought about by climate breakdown and social collapse is no longer tolerable.

Our Demands—
We reject a fossil fuel-based energy future for Africa. This will create stranded assets and deadend jobs as the world transitions away from fossil fuels.
We reject an increase in fossil fuel production as this goes against the global imperative to reduce carbon emissions.
We reject the destruction of Africa’s natural resources to exploit new oil and gas reserves – resources which many people currently depend on for their livelihood.
We reject an industry that has devastated ecosystems, weakened governance and caused social unrest in Africa.
We reject the fossil fuel industry’s drive to expand into Africa in full knowledge that Africans are suffering from the climate impacts of the industry and will suffer even more in the future.

What we stand for—
We stand for investment in renewable energy which we believe has the potential to supply cheaper, cleaner, safer, people-centred, distributed energy to Africa.
We support protection of Africa’s biodiversity in a time of accelerating annihilation of the natural world.
We support the “Don’t gas Africa” campaign and are signatories with many other African groups to a letter rejecting an African Union “African Common Position on Energy Access and Transition” at COP27 which appears to favour fossil fuels. (See below)

The “Don’t Gas Africa” Campaign
We stand here today in solidarity with the “Don’t Gas Africa” campaign, and as signatories of
the campaign’s open letter to African Heads of State and Ministers. A technical committee of the African Union (AU) has developed an “African common position on energy access and transition”. Along with African movements and civil society groups, we have signed an open letter which urges African Heads of State and Ministers to reject the common position and stop it becoming Africa’s combined position at the upcoming COP27 which will take place in Egypt on 6-18 November 2022.