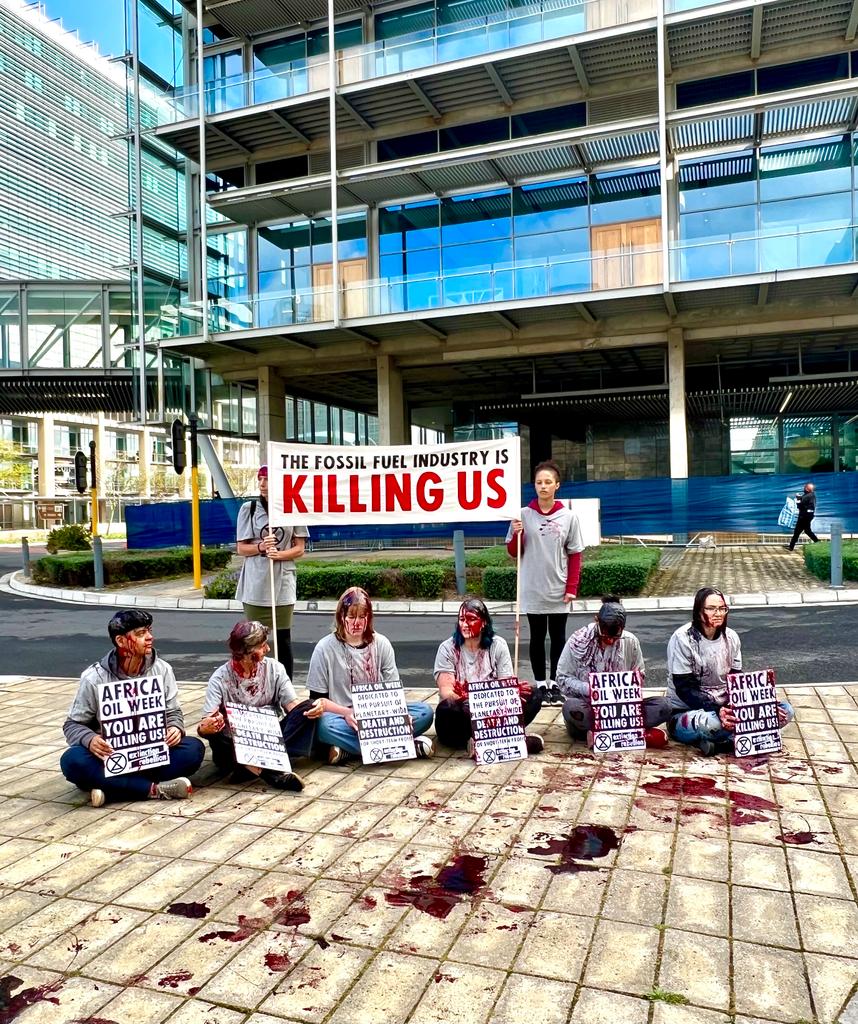 “The fossil fuel industry is killing us, and leaders are out of step with their people, who are crying out for urgent climate action.” Antonio Guterres, speaking to a private meeting of heads of state and government in New York on 19 September, 2022

What? An action to tell the oil and gas industry that we reject their selfish pursuit of planetary-wide death and destruction for their own short-term profit.
Who? Extinction Rebellion Cape Town
Where? Opposite the Cape Town International Convention Centre, CTICC2, Convention Square, 1 Lower Long Street, Cape Town, 8001
When? Tuesday 4 October 2022, at 8 am

Rationale in brief
The Cape Town International Convention Centre (CTICC) is currently hosting Africa Oil Week 2022 where oil and gas industry representatives gather annually to wheel and deal with government ministers from across Africa. In stark contrast to the welcoming atmosphere of 2019, the whole CTICC2 has been cordoned off behind tall barricades, with no visible AOW branding. (You would hope that they are ashamed of the dirty deals happening behind these walls, but that would be giving the fossil fuel industry too much credit.)
Today, some members of Extinction Rebellion Cape Town will stage a protest action outside the CTICC by pouring ‘blood’ and ‘oil’ over themselves. Our message is this: Despite loud warnings about the fragile state of our planetary home, the delegates at this conference are
intent on seeking out and exploiting now sources of oil and gas in Africa. In so doing they are drawing down death and destruction on its people and the world for their own short-term gain and will have blood on their hands.

Our demands to the delegates to this conference are:
1 Do not explore and exploit new oil and gas fields in Africa.
2 Invest heavily and with haste in non-fossil fuel technologies that can secure access to energy, create jobs and distribute wealth without intensifying climate change and destroying life on earth.