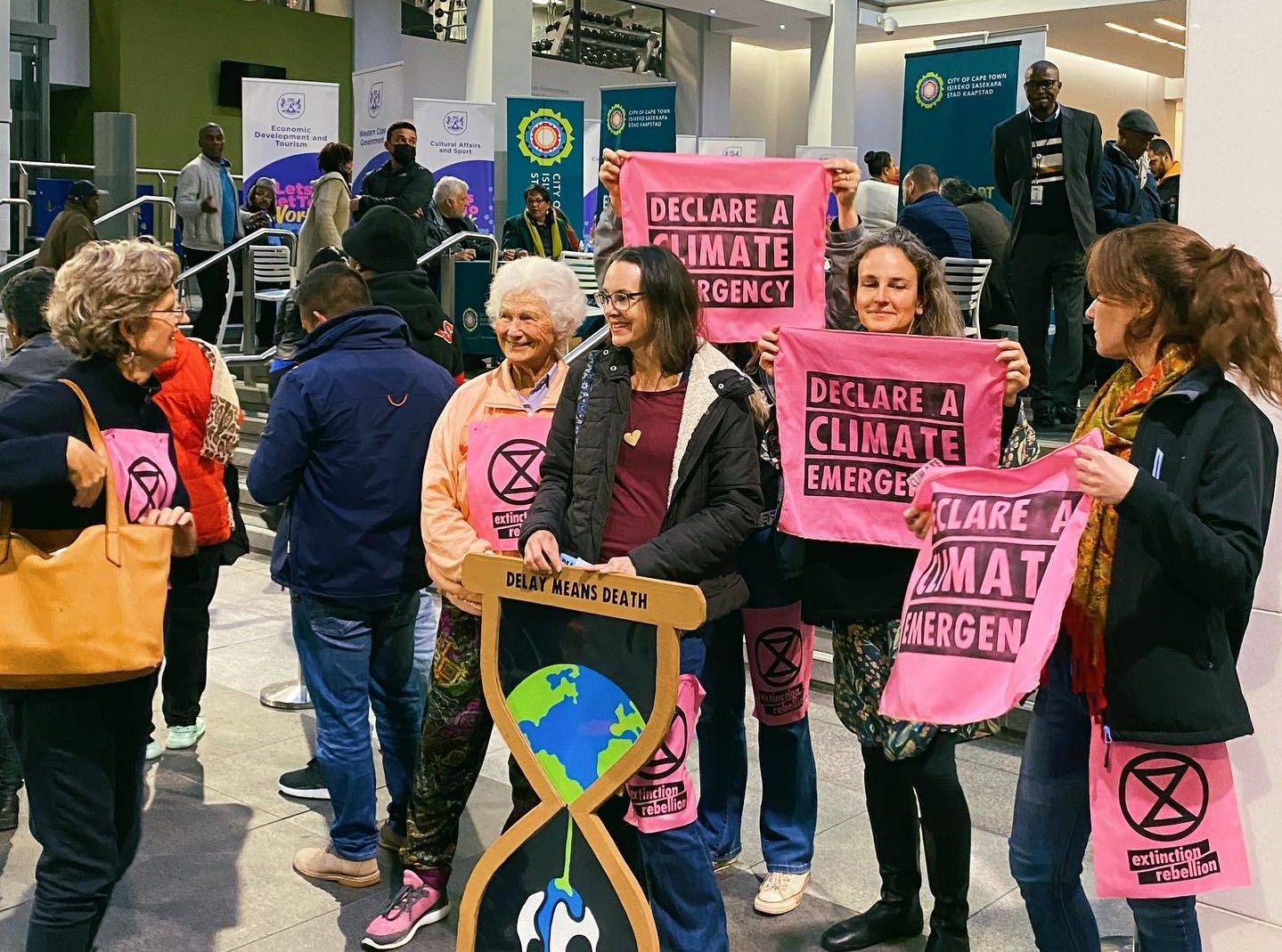 7 July 2022, Members of Extinction Rebellion Cape Town met with the deputy Mayor of Cape Town, Eddie Andrew’s to once again ask that the Mayor publicly declares that Cape Town is facing a climate and ecological emergency.
We believe it will tell the public that we do not live in ordinary times and we need to act with great urgency. The City has the power to change the way 5 million people think about climate change, about what we have to lose and what we have to gain. It is easier to institute change when residents are included, giving input every step of the way. We therefore do not understand why the City is not engaging more deeply with citizens and drawing on their collective intelligence and collective actions to solve this huge crisis. Only a whole-of-society approach will work.
We ask the Mayor Geordin Hill-Lewis to heed Extinction Rebellion’s first demand, which is to tell the truth about the climate and ecological crisis to the citizens of Cape Town. The message is clear: DECLARE A CLIMATE AND ECOLOGICAL EMERGENCY!
More photos here.