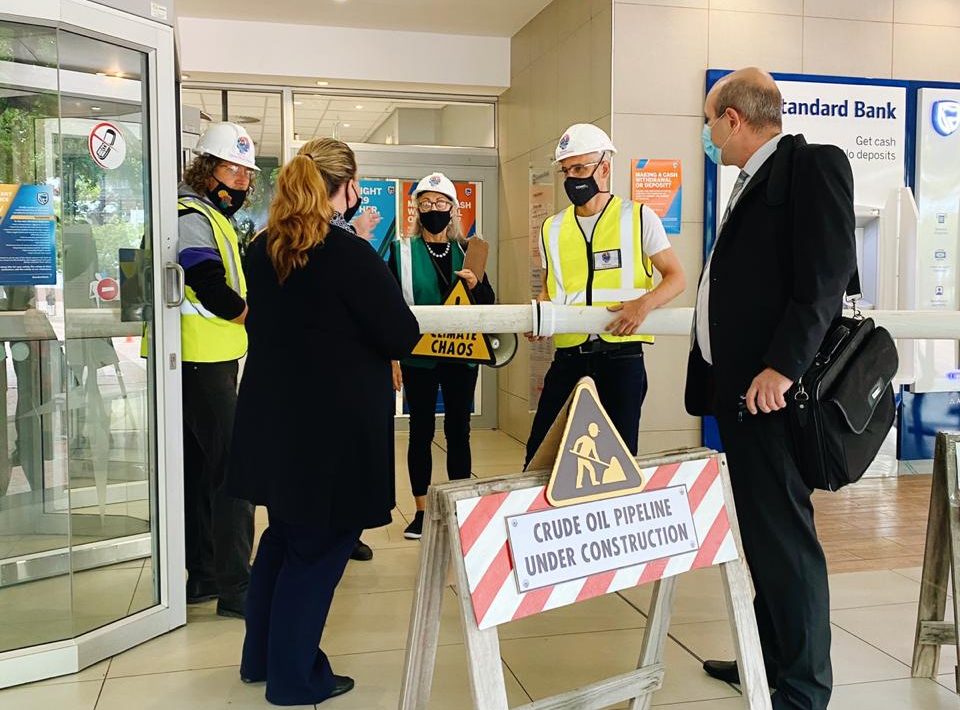 On Monday, a coalition of more than 260 groups, of which XR SA is a signatory, released a  letter urging banks not to finance a $3.5bn oil pipeline in East Africa, concerned the project  could lead to the loss of community land and livelihoods, environmental destruction and  surging carbon emissions.

This Saturday, 6 March 2021 10:00-11:00, Extinction Rebellion Cape Town will be gathering outside Standard Bank, Thibault Square, Cape Town CBD to draw attention to this  letter, and more specifically, to the demand that Standard Bank cease any involvement in  the development of the East Africa Crude Oil Pipeline (EACOP).

Further expansion of the fossil fuel industry, including the construction of new oil pipelines  and related infrastructure, is incompatible with the goals of the Paris Climate Agreement  and manifestly irresponsible at a time when the catastrophic impacts of global warming are  becoming increasingly clear. A world-wide coalition of environmental activists has formed under the banner of #StopEACOP.

We also call on all environmentally- and socially-conscious people to close their accounts  with Standard Bank South Africa, and move them to a bank that treats the climate and  ecological crisis with the urgency it deserves.

The science is clear: we are facing an unprecedented climate and ecological emergency. South Africa is extremely vulnerable to the effects of climate breakdown, yet climate ch…

Check out this Meetup Group →