On 23 March 2018 Extinction Rebellion Cape Town held a symbolic funeral for all the species we have already lost to extinction. 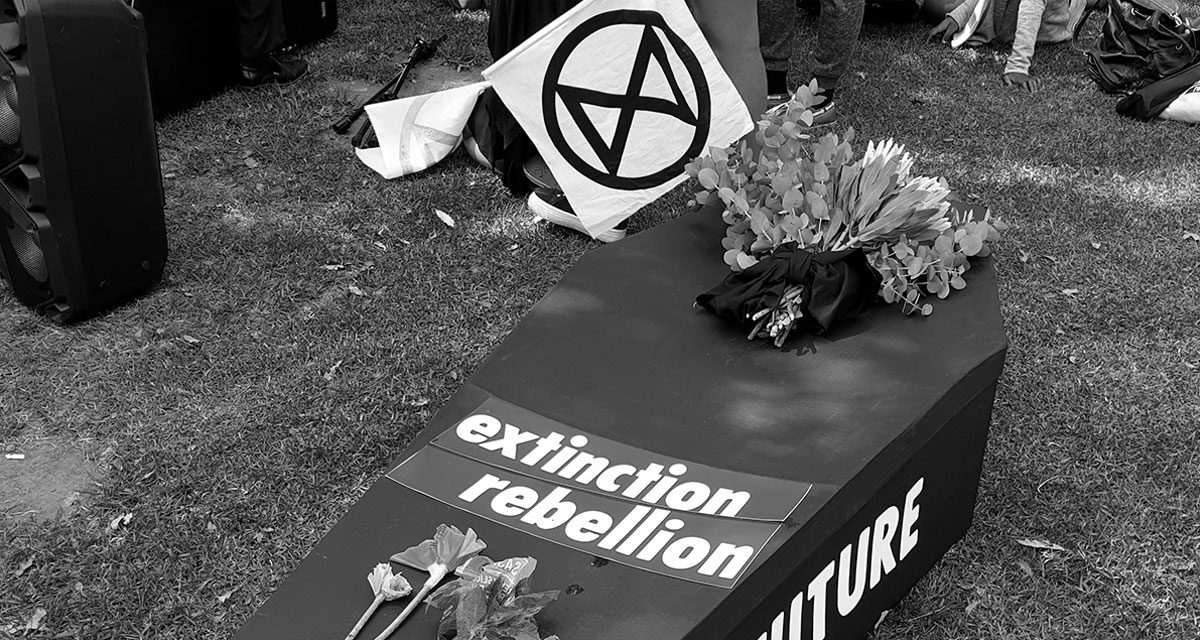 On 23 March 2019, Extinction Rebellion Cape Town hosted a symbolic Funeral for the Earth to mourn the loss of life our planet has already, and will still experience due to climate breakdown.

The 50-odd protestors followed a black coffin carried by four young pallbearers from St George’s Cathedral in Wale Street through the Company’s Gardens. At the end of the funeral procession, they stopped on the lawns near the South African Museum for speeches, music, dancing and some lunch. Various people, including Yan Golding from XR International, shared their views and feelings about the climate crisis.

The funeral was a chance to express our grief and sadness at the harm being done to our planet and to mourn the species we have already lost to extinction. We are currently in the midst of the sixth mass extinction. Scientists estimate that 150-200 species of plant, insect, bird and mammal become extinct every 24 hours. This is nearly 1,000 times the “natural” or “background” rate and, is greater than anything the world has experienced since the vanishing of the dinosaurs nearly 65m years ago.